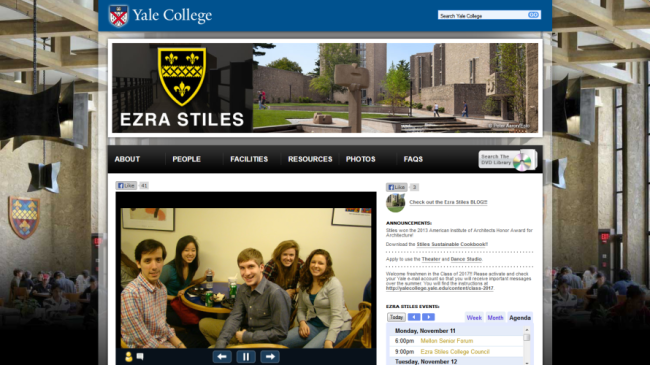 Implemented Drupal themes for Ezra Stiles College and Morse College at Yale, among others. Simple work for hire - I was given the negotiated designs to implement. Wrote the documentation for several other colleges' Drupal themes, and do occasional maintenance on themes implemented by other subcontractors.

Yale University had its own Drupal 6 version and modules and standards.